Many people I know don’t go out with kids. And the more kids you have, the greater the chances you avoid going out. We have four kids, according the the prevailing theory, we should never go out. In fact, people told us when we had 3 that we would never eat out again. That certainly hasn’t proven to be true. We go out quite frequently and we have taught our kids how to act in a crowd. Depending on where we are, the rules are different. In a new place where they don’t know where we are going, they follow us very closely. If there are lots of people around, they walk close, holding a hand. If its a place we know, and there aren’t many people, they can run up ahead a bit. The same is true with God. The Bible indicates that there are times when we will walk behind as He leads. Other times we will walk side by side by with Him, and sometimes, He lets us run up ahead. Consider these verses:

What struck me most about the trip is that New Orleans represents the conflict that each of us as artists must face. It is a picture of the war for our souls that rages in our flesh. Of all the places I’ve been in the last couple years, and the list is extensive, no city compares to New Orleans in the abundance of “gifts”.

For Glory and Beauty

There is a time in Church history where the arts were banned because they were taking very literally “You shall have no idols before me.” Any representation of God, Jesus, was considered an idol. And truth be told, they can be. But so can anything. Our response to art determines if it is an idol or not. As I stated in the last few blogs, we certainly have elevated Christian artists (musicians, authors, even pastors) to idol status. I wonder how long before we see the Christian Idol talent show on TBN (if someone from TBN reads this, consider it a pitch and I want points on the back end).

So how do we keep art from being idolatrous? Why, by saying it’s evangelistic. 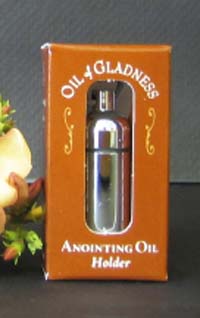 We discussed a bit about the quality or lack thereof of many Christian products. But another major reason is market economics. The main outlet for Christian products of any kind is the Christian bookstore. A nd these are commercial enterprises. They are consumer supported, fed by distributors who are distributing content for the publishers/labels/studios. Most Christian “art” will be supplied through this commercial enterprise.

I am sure that the owners of these knowledge boutiques feel that they are providing a great service to the body of Christ. Where else can you go to get the “oil of gladness” that anointed Jesus but HolyMart Booksellers (I kid you not, I dont need the Holy Spirit to give me gladness, I can buy it in a store). We live in a post information age. Information is everywhere and the downfall is that we know more about things than ever before but act on less knowledge than ever. I suppose this means we never really know what we know. When asked, Jesus said that the sum of all the law, all the books in the world is this “Love God, love your neighbor.” I imagine that if we just did this, we wouldnt need Christian books at all.

Dont get me wrong, I love books. Love them. Can’t get enough of them. But if they do not produce fruit, or just serve to puff me up (as knowledge can do) then they are worthless.

God is restoring creativity and the creative arts to His people. He wants those who are called by His name to lead the world in the pursuit and practice of art. As he is restoring the arts, we need to be aware of what is broken, what he is fixing so that we can move forward in His restoration. Marriages that are broken do not get better by sweeping the past under the rug, or drawing a line in the sand and moving on. Behaviors and patterns of behavior need to be recognized, addressed and repented of before true, lasting restoration can take place.

The first broken area has to do with the quality of art that is coming out of Christianity. I’m sure this is going to offend some people, but we have to recognize certain things so that we can have a clean break from them. I’m just coming out and saying it. If you are a fan of Christian bands, you might want to stop reading here.

A while ago, perhaps a year, perhaps 6 months, there was a pretty strong move of God in our Church that was directed towards restoring creativity. I dont want to lose that. I believe that it was the heart and Word of God to a generation. God is restoring the Creative Arts to His people and we are to take a leadership position in the Creative Arts in the World.

Awesome you say. But before we go crazy, flooding the net with creativity for creativity’s sake, lets refine a few things.

When God restores something, He doesn’t restore things that aren’t broken. Thats the point of the restoration, right? Something is broken that He is fixing. So what’s broken in the Creative Arts in the Church? Im glad you asked. Becuase I think we need to face what is broken so that we can see the restoration and not run off and start doing more broken things just because there was a release of creativity.

Confessions of a reforming hater

Often maligned, often deservedly. And I have to admit that I’ve been among those who have said things like “I love Christ but I dont like the Church” or “I love Christ but it’s Christians that drive me nuts”. While I think, I hope, that people understand that what I’m meaning is that I dont like how the Church often acts and presents itself, but the fact is, I’m wrong. And I repent of that before God and the Net.

Getting from Here to There

I don’t know if its due to the age group that I constantly find myself engaged with, or if its a trait of a generation seeking greatness and meaning, but over and over again I meet people who are stuck, stung, and snagged by one question.

What does God want me to do?

The question in itself sounds noble. But the more I hear it, the more I realize that it only concerns God on the surface. Scratching through the letters and the cadence, covered by the words and punctuation is an impatience. A need to know NOW what God has purposely hidden.

The thing we must realize is that God is a character builder, not a transportation engineer. He is less concerned with getting us to our destinies than we think. Ultimately, God can get us where we need to be in an instant, just ask Philip or Enoch. He can catapult us to the PLACE of our destiny whenever He so desires. What takes time, is character building.

God is into building character.

Look at Joseph, the earthly father of Jesus. His destiny was to raise the Son of God. At what point was he told his destiny? About 9 months before the birth of Jesus, and even then, the pronouncement wasn’t a detailed account of things to come. Then there was a huge pronouncement around the birth. Then a dream to go to Egypt. Then some time passes and another dream to come home. I’m sure that during the time in Egypt, Joseph asked God “When do we get to go home” and God was silent. God is more often than not a “just in time” God. He could have come and sat down with Joseph and said “Hereth is the dealth. In 9 months Mary will give birth to My son and it will be in Bethlehem and not how you expect it, but now you will expect it because I told you. Then, in about a couple years, you will have to flee to Egypt, but you will be there for 3-4 years and then come home, but not to home, but to Gallilee, yada yada yada.”

That type of detailed account is what so many of us seem to be asking of God. But He has no track record of answering that kind of question.

What Joseph demonstrates is that he obeyed what God told him in the past (the law) and that he would obey what God tells him (in the present). By doing those two things, God got him to the place of his destiny.

If we do what He told us, and do what He tells us, we will get where He plans for us to be. That is the key. Character is built in the now. Obedience builds character. If you haven’t done what He’s told you, dont look for Him to tell you something else. If you can’t do what He tells you, dont expect to reach your destiny.

What if Joseph couldnt be trusted to do what God tells him? He would have left Mary. Or  perhaps he obeys that part, but not the dream to flee to Egypt. Or perhaps he ignores the command to come home, or the one to go to Galilee…

Do what He’s told you. Do what He tells you. And you’ll get to where He wants you. You destiny is directly tied to doing the tolds and the tells.