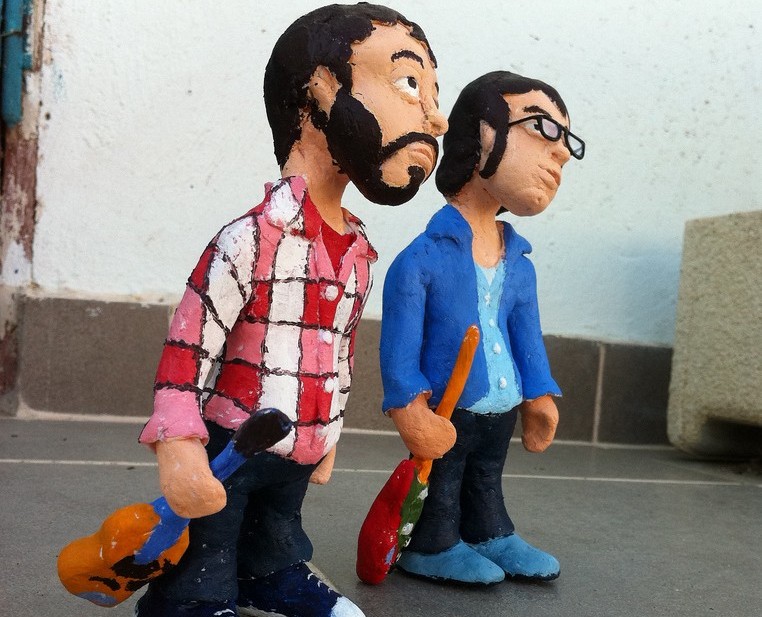 We Are Plasticine (Brokenness Part 3)

As mentioned in the previous post, we live in a church culture that doesn’t like to talk about or identify with brokenness. If the way into the Kingdom is through brokenness, and it is, then our reluctance to embrace brokenness has two results, as it pertains to creatives.

Two, we have not demonstrated to a dying world how to enter the Kingdom of life.

Many of us have grown up in a culture where brokenness is pushed aside, and never examined. The result is that we live in a world that is Plasticine, it’s not real. It lacks truth.

And then, we turn 18-19-20 and we decide we are going to be artists. So we draw on what we know and have been immersed in, which again, is Plasticine. Not real. Lacking truth.

I don’t mean that it lacks truth in terms of words or doctrine (though often it does), but it lacks truth in that it does not paint an accurate picture. It lacks the reality of the Kingdom. We draw from a pantheon of music, painting, drama that has been scrubbed of brokenness and darkness.

When we tap into our brokenness, we not only connect with our Hero and moment of our salvation, we connect with the people who are broken and looking for a Hero. We MUST for the sake of a dying world connect with brokenness. And if we find it hard to find brokenness to connect to, then we aren’t living in the Kingdom right (or perhaps living in the right Kingdom). Paul, who said that Christ came to save sinners of whom I am chief, said that towards the end of his life. The point when, arguably, he was at his holy-est. And as he drew closer to Jesus, he recognized more and more his own brokenness and need of a Hero.

So then, if Paul, who wrote most of the New Testament, was able to identify greater brokenness in himself as he got more and more holy, why is it taboo for us?

It is critical that we learn to identify with brokenness, especially as creatives. If we don’t, we have nothing to say to a broken world. This is the reason that artists who are broken and know it have so much resonance. Consider this lyric from Eminem’s track Rap God:

Modern music history is riddled with brokenness. Everything from Nirvana to Lana Del Ray. It’s everywhere when you look for it. It’s in the lyric “you’re so vain, you probably think this song is about you.” It’s in “people are people so why should it be, you and I should get along to awfully.” It’s in Wrecking Ball, and Pompeii. Of course, country music isn’t country without brokenness of one form or another.

The one place it doesn’t seem to be is in the “Christian Music Industry”. And that is because Becky (the target audience for Christian radio) doesn’t want to hear tales of brokenness. Brokenness certainly isn’t “safe for the whole family”.

Consider Jesus and Lazarus. Though Jesus knew Lazarus was dead or dying, He took his time getting to the tomb. When He got there, He told Martha that everything was going to be fine. But then He met Mary and He wept. His soul was troubled. He entered into Mary’s pain, even though He knew that the pain would be over shortly.

The question then becomes, how do we connect with the brokenness we all have, so that we can connect with a broken world and point them to the Hero of their story?